On August 11th, GDG Pitești organised an informal meetup where the community members had the possibility to share their feedback and ideas.

We drank lemonade and it was like a meeting between old friends.

It was the time to ask questions to each other, talk about projects, ideas, issues, help each other to be awesome coders, or just to meet new people.

We did not have an agenda but we planned to achieve two objectives:

Both objectives were successfully accomplished! 🙂

We received a positive feedback from the community, in an innovative way. They used post its with rating stars, and 5 stars was maximum.

Regarding the next meetups they are interested about a lot of topics:

Another awesome idea was to organise an event to promote the community at the University of Pitești and we are planning to do it.

See you all at the next meetup, in September! 😉 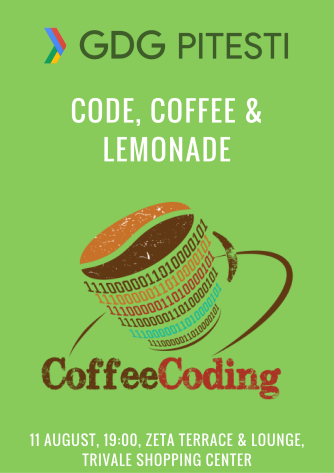